Any ideas on who or what MF might be?

I do have a deep affinity for Millard Fillmore and his work to prevent the Northern Whigs, who opposed the Fugitive Slave Law, from winning elections and using his patronage powers to appoint pro-Fugitive Slave Law political allies to federal office.
Plus it is fun to say Millard.
Or Fillmore.
And saying them together is magical.
But you know that the MF is Miss Frizzle.
I have always been a big fan of dogs and grew up with a few mutts before my family was introduced to a four-legged slobber machine known as a basset hound, and it was love at first sight.
The first basset love was a girl named Henry when I was about 10.
Then we had Higgins (named after the Magnum P.I. character) the basset hound through my high school and college years.
After college, Mrs. Shife and I found a rescue that we named Quincy and he was a quirky, stubborn boy but we loved him unconditionally.
We also like to think that he helped us prepare for parenthood in his own special way.
Then came along another basset rescue named Tank.
He looked like a supermodel but he got the short end of the stick when it came to brains.
We tried to be his forever home but it just didn't work out as he needed a home without kids.
Then came along the yellow lab, Ms. Frizzle.
I never thought in 100 dog years that I'd become so smitten with a Labrador retriever but she's the best.
Maybe it is because she is a great family dog, maybe it is because she has taught me a lot about living in the moment or maybe it is because she is what we needed when we needed it.
I am in love with a girl named Ms. Frizzle and I just felt like telling you all about it. 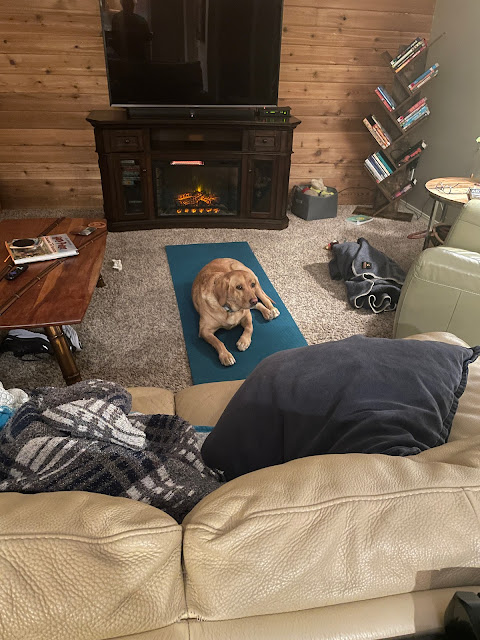 Wrapping up her yoga session with a downward dog pose. 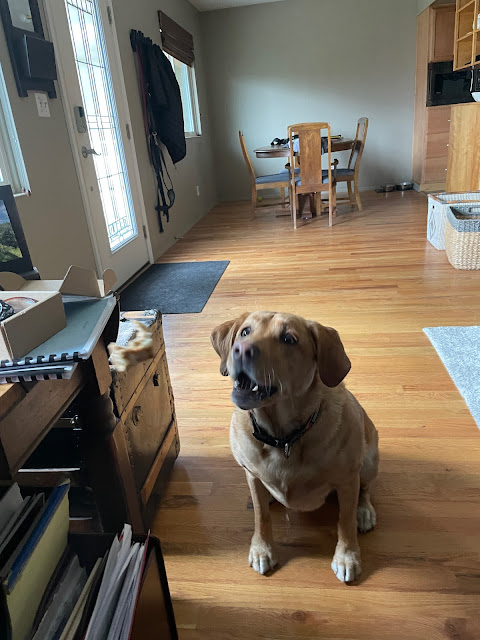 Doing all that yoga allows her to have extra snacks. 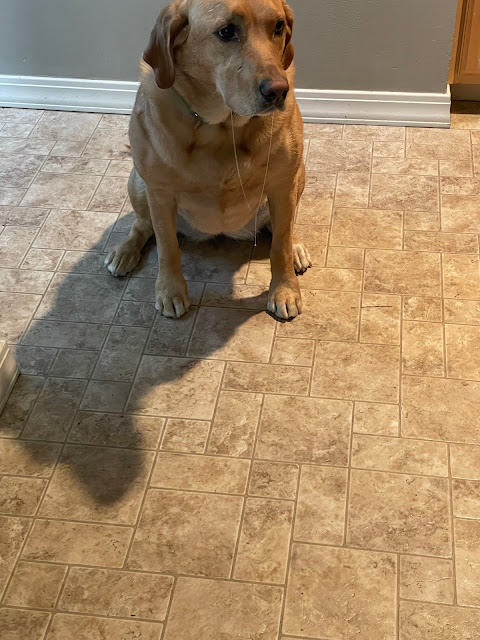 One of her favorite chores is keeping the floors moisturized. She achieved epic drool status on this day. 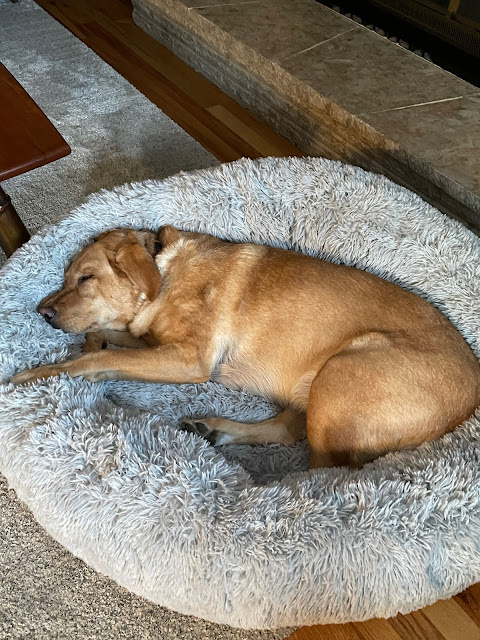 Another favorite activity of hers is being a floor anchor to make sure the area rug isn't relocated.
Thanks for stopping by.
Hope you are having a good week.
And thank you all for the wonderful birthday wishes.
It was wonderful hearing from all of you and helped make my special day even more special.
Talk to you soon.