The future computational and theoretical physicists of America thought Garth was endorsing Bernie Sanders in 2020. If you do a Garth Brooks search on Google you will read of plenty of WTF? 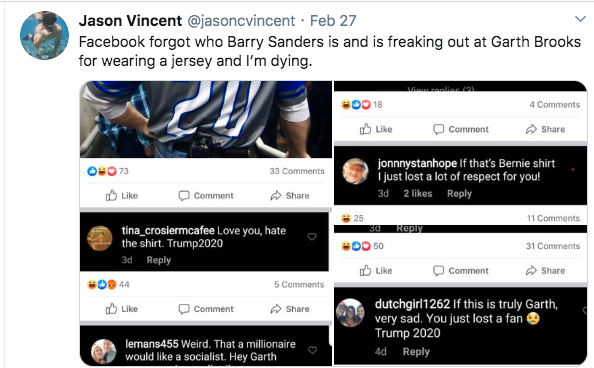 Of all the things you can be on the Internet, I am always surprised at how many decide to be dumb. I guess I shouldn't be too surprised because Roger Clyne warned me many years ago:
"Everyone knows that the world is full of stupid people."


Have a great weekend, enjoy your extra scoop of February and talk to you soon.
I will persevere. I will keep moving forward. I will be the stream.