on November 04, 2016
More than 6 years ago, the Shifleys participated in Operation Dwarfshank Redemption, which was my clever (or not-so-clever depending on your caffeine/alcohol/pharmaceutical intake for the day) way of saying we were going to adopt another basset hound.
We did and I believe most of you have heard about or have seen our husky hound, Tank.
Unfortunately, we had to find him a new home last weekend.
I don’t want to go into too many details because it’s still pretty tough not having him around, but he attacked Ms. Frizzle and Hayden. These are not isolated incidents and we have worked with trainers over the past few years to try to make our house his forever home.
It just wasn’t meant to be.
He’s now in a home that has an older basset hound and two grown children and they fell in love with him right away.
Initial reports are that he’s doing great and I’m happy to hear that.
It was the right thing to do, but doing the right thing sure does suck.
He will always be one of my favorite dogs.
But right now my heart hurts when I think about him.
Especially knowing that he’s no longer my dog.
But as much as it hurts, I wouldn’t trade the pain for all the laughs, cuddles, walks, belly rubs, shakes, scratches, howls, and bassetness that he gave me, Mrs. Shife and the kiddos.
We had some good times with him, and time will ease our pain but it doesn't feel like it right now.
Thanks for the memories, Tanklin. 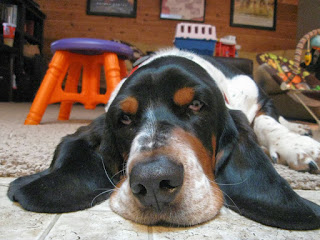 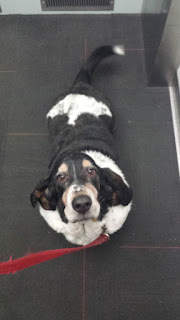 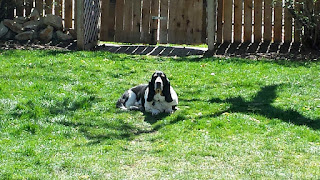 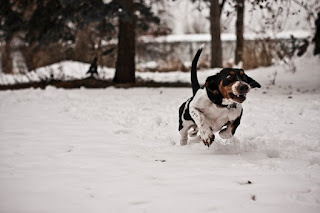