on October 20, 2022
Can you believe it has been 6 weeks since Lucy became a Shifley?
Some days it certainly feels like it, but, slowly and surely, she is getting there and it feels like Lucy has always been a part of the family. 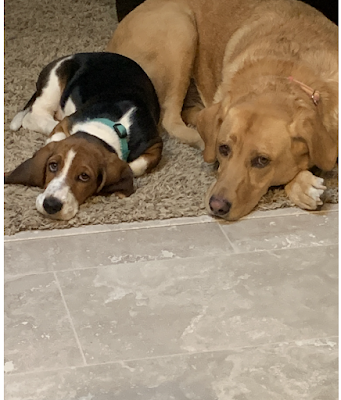 Team Lucrizzle with a team pose 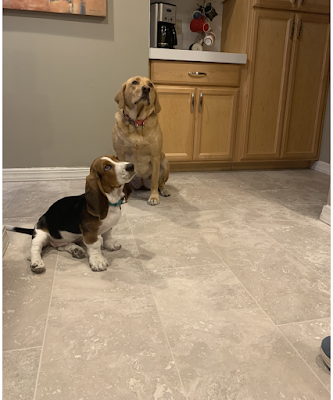 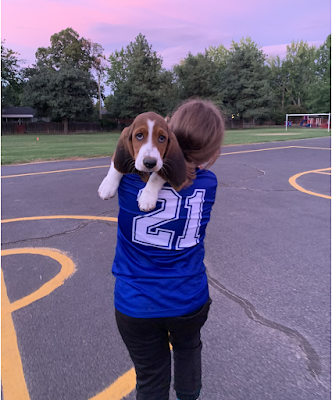 Lucy loves Hayden and thinks she is the best softball player ever but... 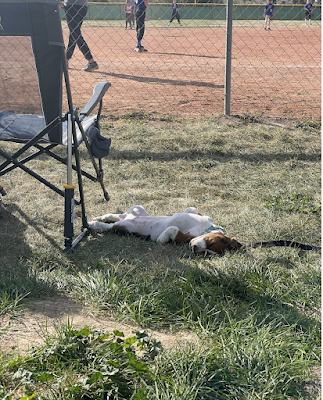 Thinks her games last too long and they really creep into her nap time. 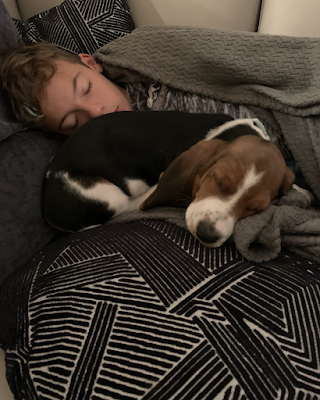 She loves Kyle and thinks he makes an excellent snuggle buddy. 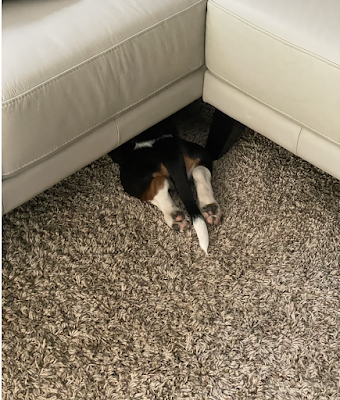 I really missed the splooting aka frog legs with basset hounds. 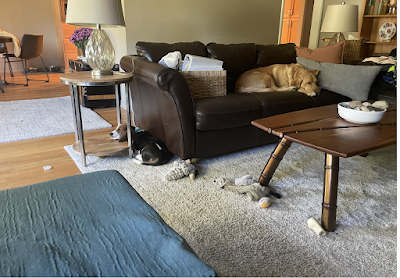 Some days are harder than others and you take whatever support you can get. 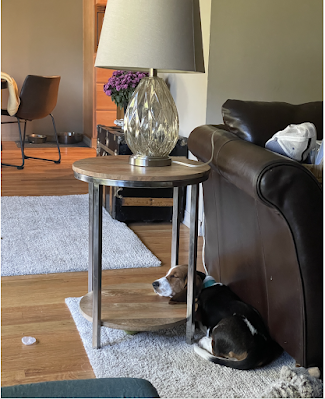 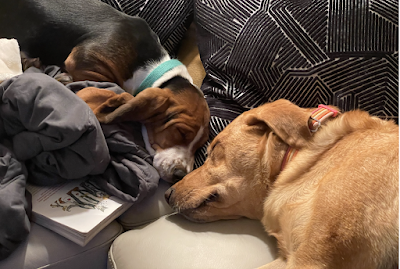 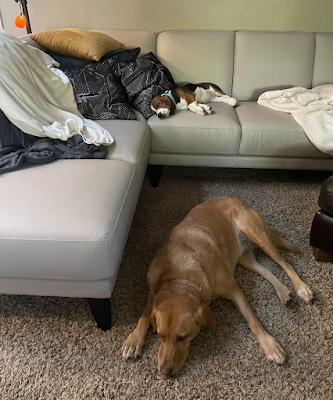 and sometimes they don't. 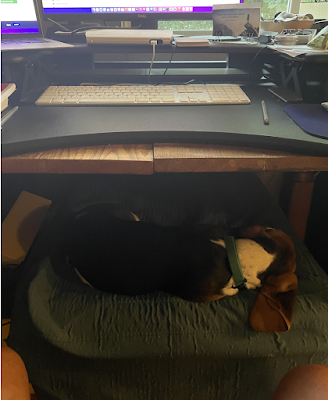 Ms. Lucy likes taking naps underneath my desk on my footstool. 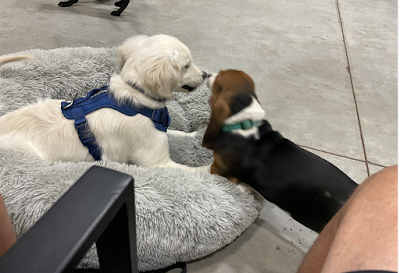 She is making lots of new friends at puppy training. 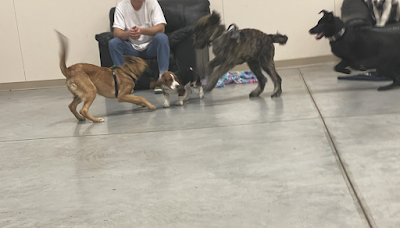 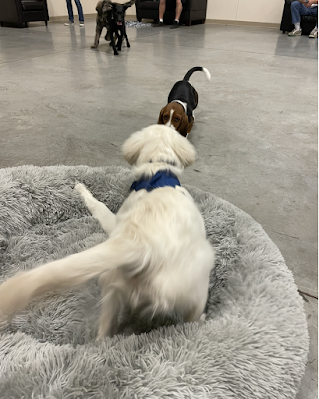 She's especially fond of an English Cream Retriever named Jeter.
It has been a bit since I translated basset but I believe Lucy is saying, "Come with me if you want to live!" She is a big fan of the "Terminator" series and knows that the machines are going to become self-aware to start a war against humans.
Hope all is well in your corner of the world, thanks for stopping by and I will talk to you soon.
I will persevere.
I will keep moving forward.
I will be the stream.