Sometimes I get a reminder that I am not a smart man.
I was grocery shopping at everyone's "favorite" - Wal-Mart - and was trying to get in and out as quickly as possible for obvious reasons.
Just in case you are unaware of my "love affair" with Wally World, here's how I have described this soul-sucking retail hellscape: The Wal-Mart nearest to us has a tractor beam that pulls in every weirdo with a beardo, asshole who ate too much casserole, moron who thinks daily grooming is something that you shouldn't dwell on, whacko with placqo, and nincompoop whose IQ rivals chicken soup. 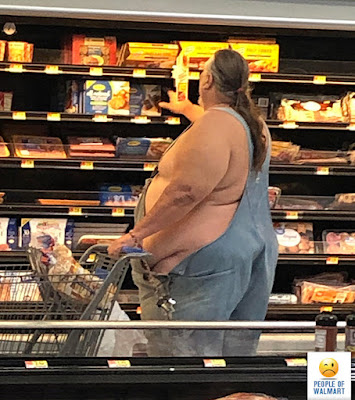 Well, in my hurry for more savory scenery, I made a mistake and purchased ghost pepper pizza sauce.
If you are fan of hot, hot, hot stuff then this is the sauce for you.
Mrs. Shife and I are not fans of the en fuego.
However, if you don't mind shooting flames out of your butt when you go to the bathroom then I would recommend it.
And that is today's shopping advice from yours truly.

Kyle had a big week as he got an early birthday present.
Way early because it's not until the end of March.
He finally got a bona-fide smart watch.
He kept reminding that he was the only 7th-grader in the world that didn't have a smart device.
So we decided to quit torturing him.
He has been hanging out with his friends at their house and parks so it will be nice to know that we can get in touch with him if necessary.
He's also a pretty darn good kid.
I was reminded of that the other day after Ms. Frizzle had eviscerated one of her stuffed animals.
Kyle took all of the stuffing, put it back in and sewed up the animal for his dog. 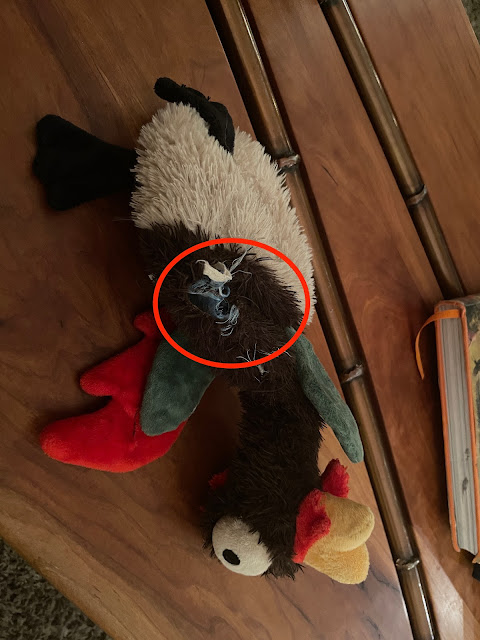 Unfortunately, it didn't take long for Ms. Frizzle to remove the stuffing again but I was impressed with his gesture and his sewing skills.
He's also working on his art skills.
Kyle is really into technology but he is feeding the other side of his brain by taking an art class. 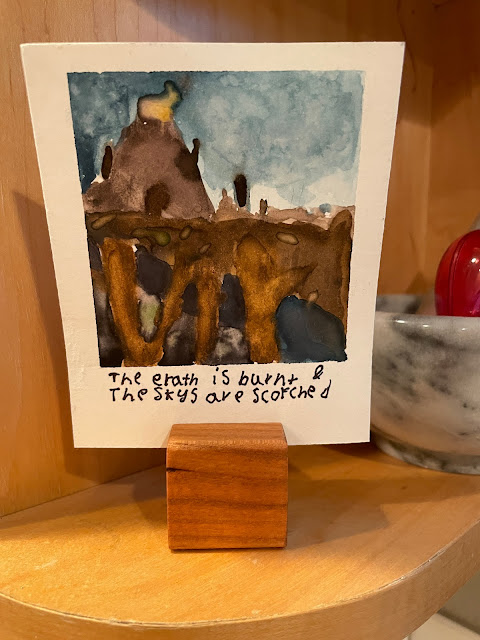 As a former journalist, it pained me to see the atrocious spelling but, like all of us, he is a work in progress and it will come along sooner than later.
Or I can blame it on COVID and no in-person learning for 18 months.

Don't forget next Tuesday is 2/22/22.
Or is it s 2's day?
Or maybe Twos-day?
And it is Taco Tuesday as well.
Holy guacamole!!
I am not sure what you supposed to do on this special day.
Maybe two unto others as you would have them two to you.
Well I plan on being grumpy because I will be returning to work after a 4-day weekend. 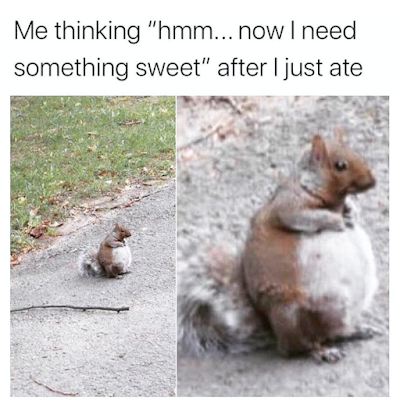 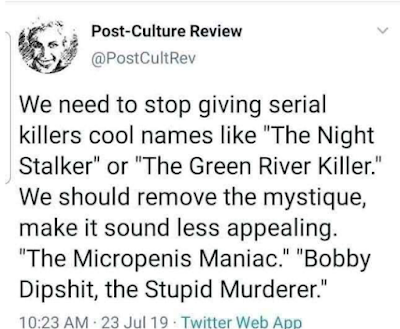 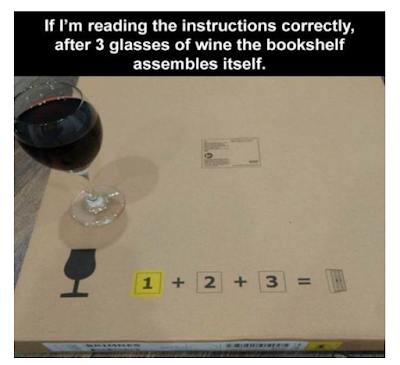