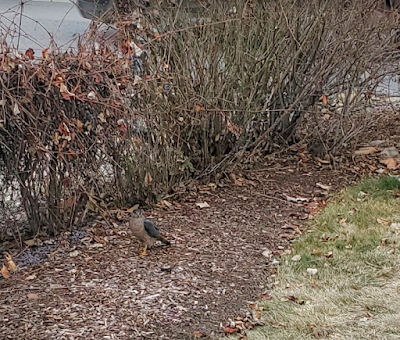 Hopefully, if you look at the above photo long enough, you will see a hawk.
The hawk was hanging out in our front yard recently.
Tony blends in nicely with the ground.
(Yes, we are calling the hawk Tony because I don't know the gender and Tony can be used by a dude or a lady. Stephen is the obvious choice but I am not sure of the hawk's preferred pronouns.)
Then, throw in some poor camera skills from yours truly and you have what the pros call a shit show.
But let's not get bogged down by technicalities.
Here's a photo of a hawk by someone who knows what they are doing. 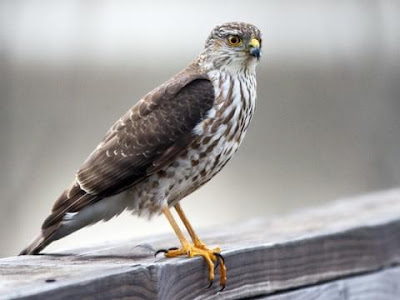 You might be thinking, "Oh Mr. Shife, you are being too hard on yourself. The photo is fine."
I appreciate your sentiment, but, as the story unfolds, I am certain you will no longer feel that way.
I felt I should be forthcoming as I don't want things to get hawkward between us.
Aww, too punny.
Prey for me. 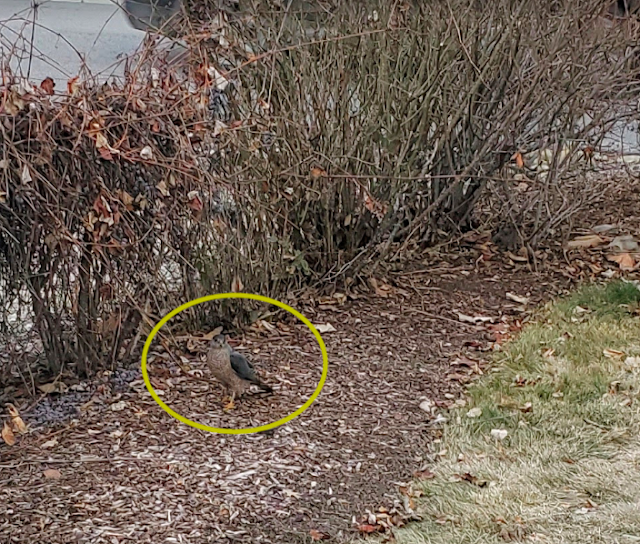 Back to Tony, who is now circled and enlarged to help you out.
I have seen hawks in our area but never this close.
The reason I saw Tony is that a few seconds earlier I heard a loud thud near our living room window.
Curiosity got the best of me and I had to investigate.
I saw this: 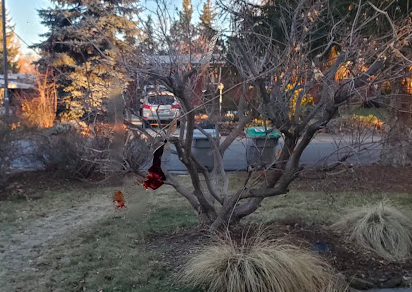 This is the view - some might even say a birds-eye view - from inside our living room and you are looking at a grape splattered all over the window.
The photo doesn't do it justice but it's a grape.
It was either this photo or the one below.
I went with the lesser of two evils. 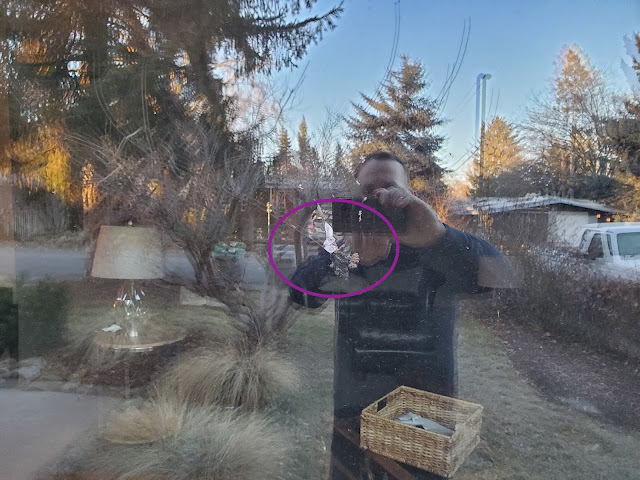 The grapes come from the bushes that are to the left of Tony. 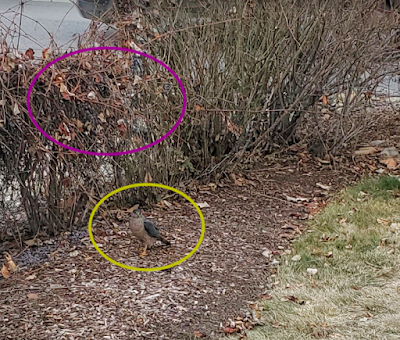 As you can imagine, the bushes get quite the traffic during the winter as birds, squirrels and other woodland creatures are looking for food.

We have established that I am a bad photographer but fortunately my detective skills are a little better.
Based on the evidence, I think a songbird (For the same reasons that we have Tony the Hawk, we are going with Alex for the songbird) was enjoying a grape platter when Tony scared Alex. 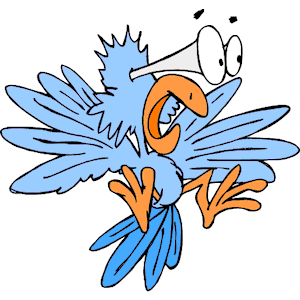 Alex took off to avoid his untimely death.
Alex probably didn't have time (or was being greedy) to dump his grapes.
If that is the case, some might say Alex was being bird-brained.
We will never know.
But I think those factors contributed to Alex flying straight into the window
It was a bad day for Alex but I got a blog post out of it.
I have no egrets.
I at least hope that you were emused and not stork raven mad.
Owl be back next week.
The end.