on September 13, 2019
We have a new tenant at Casa de Shifley and his name is Captain Snowball.
I have been unable to determine how he achieved his Captain ranking.
I mean that's not too shabby for a bunny.
I don't know if he did actual time in the military or if he's a pirate or if it's just his first name.
Captain Snowball is a 4-year-old rabbit that needed a new home because his previous family is moving overseas. And Hayden was more than happy to let them know we had some vacancy.
She has been campaigning for a bunny for the past few months so she wasn't extremely happy with how things turned out.
One member of our household isn't entirely sold on the idea.
I think you will be able to figure out who it might be after you see the photos.
So, blogging friends, here's Captain Snowball. 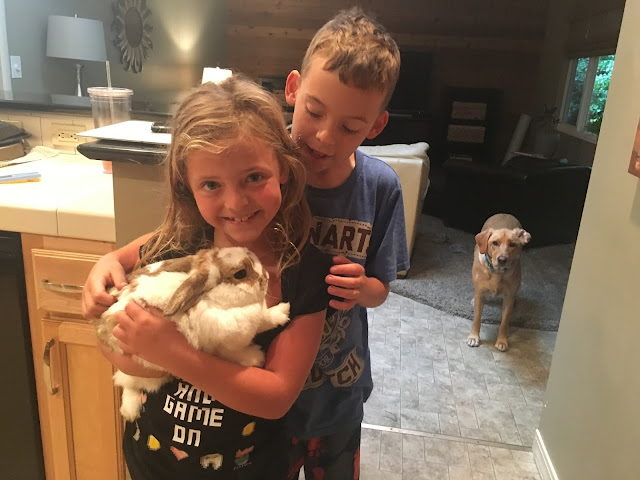 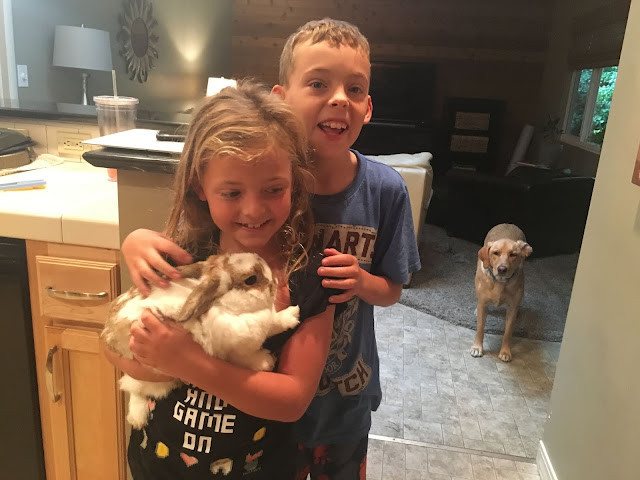 Did you notice the scowl from Ms. Frizzle?

Thanks for stopping by and have a great weekend. I will talk to you soon.