First, there was Kyle's choir performance. Mrs. Shife and I are pretty proud of the dude. He volunteered to join the choir and had to give up some of his recess time to make that happen and that's a pretty big ask of a 9-year-old because recess is kind of a big deal when you are 9. 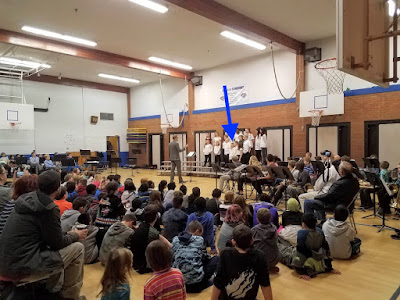 Next up we had an awards ceremony for both of the kiddos at their school. Hayden and Kyle both received reading achievement awards. Hayden also won an award for being a Hillcrest Hero. I don't know the exact definition of a Hillcrest Hero but I think it was for being totes adorbs and awesome. 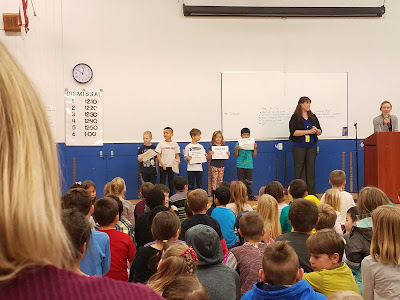 Then there was an Elvis sighting. The King was back and rocking out at holiday parties. People were all shook up because they thought Elvis was dead but as you can see he's alive and well. It turns out that he faked his death. He had his bodyguards take him up to a cave in Idaho and had him frozen. About a year ago, all of the ice melted because I guess he’s A-HUNK-A-HUNK-A-BURNING-LOVE. Don't be cruel, folks. I know it's a bad joke.