on November 09, 2018
Somedays I wonder what I am going to blog about and then there are days when the blogging gods bless me with material.
We had a visitor at the office today.
We're still not sure how but a squirrel found his way into the building. 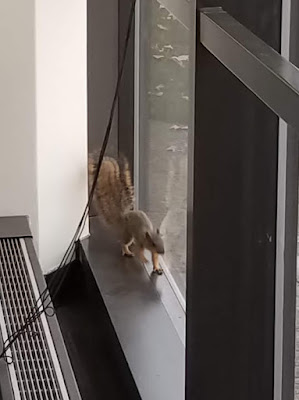 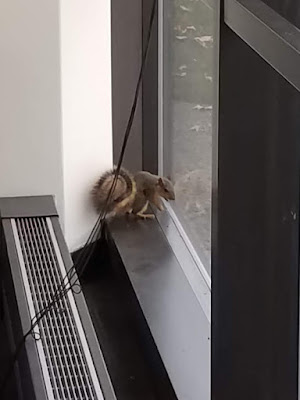 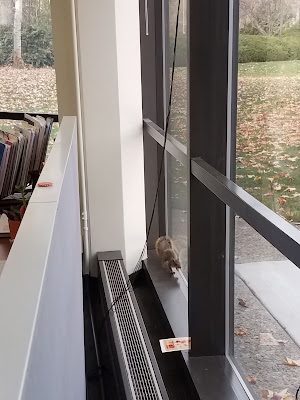 When he (it could have been a lady squirrel but he looked like a dude) found out clawing through a window wasn't going to improve his situation, Cecil (yes, I named him Cecil. How many opportunities do you get the opportunity to name a squirrel in your lifetime? And another reason he was a he is because I named him Cecil. I don't know too many ladies named Cecil) made his way to the kitchen and eventually underneath the fridge. 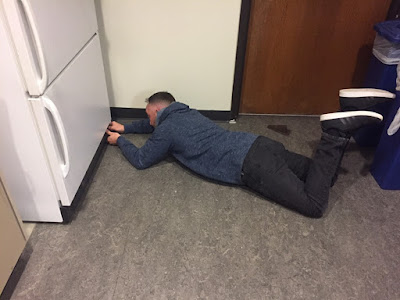 That's me trying to lure Cecil out with modified quotes from "Forrest Gump": Momma always said life is like a box of nuts. You never know what you're gonna get. 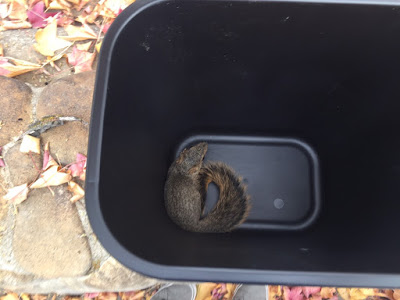 Eventually, we got Cecil to back himself into a garbage can and caught him.
Here is Cecil before he was set free and reunited with his woodland creatures.

I feel like a hero today. It's going to warm my heart tonight thinking about that Cecil being back home with his lady friend and their little squirrel babies. It would have been nice if we could have kept Cecil around but, deep down, I knew it just wasn't meant to be. Cecil needed to go back home and live in his squirrel world. "In the immortal words of Jean-Paul Sartre, ‘Au revoir, squirrel.’"