on February 10, 2017
Kyle had a pretty good weekend, and I captured some of it on my phone. You might have to click on a few of them to zoom in and see him. 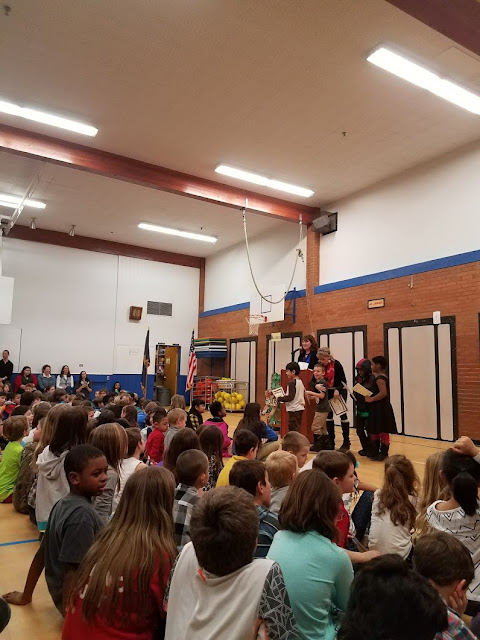 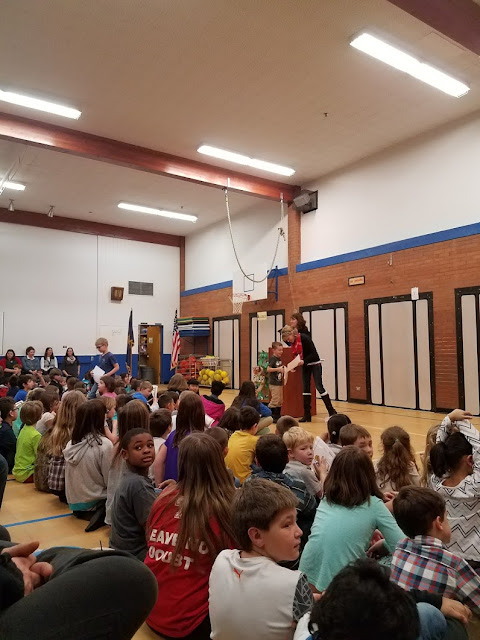 They started a new awards program at Kyle's school and he received a math and reading award. Definitely a proud poppa moment. He didn't know he was getting an award, but he told me he thought he might be getting one when he saw me at the school. He said I wouldn't just show up unless it was something important. He's a very astute young man. 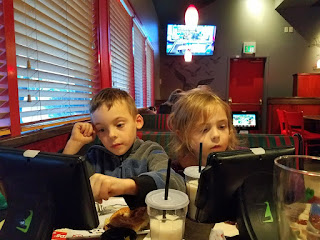 We went to Red Robin to celebrate Kyle's achievements. Not a lot of chatter at the table as Kyle and Hayden were busy playing games that required their absolute attention. 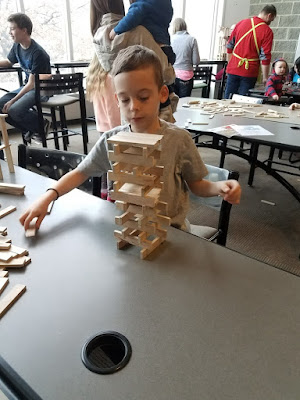 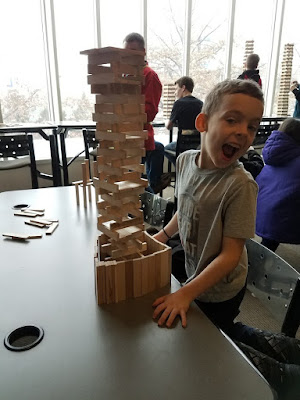 Kyle and I went to the Science and Technology fair at the local university and he spent some time building a skyscraper. He even took the time to put a fence around the building. And if you look at the first photo, you will notice that he also put some floors in some of the rooms. 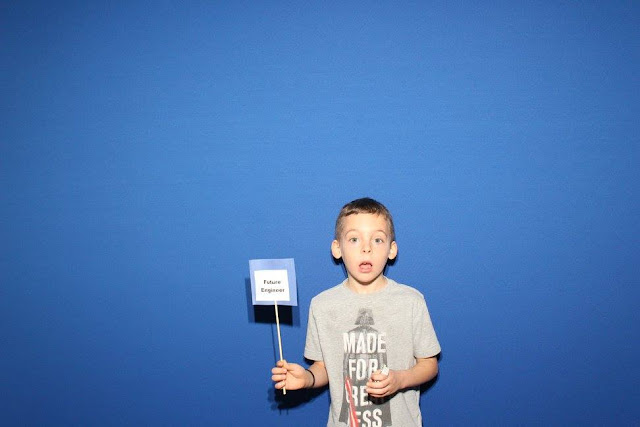 They had a photo booth at the fair. And this first picture cracks me up. I'm not sure what he was doing. I guess he was a little surprised that it actually took his picture or maybe he was just doing his best impression of a person who just heard that Donald Trump was really our president. 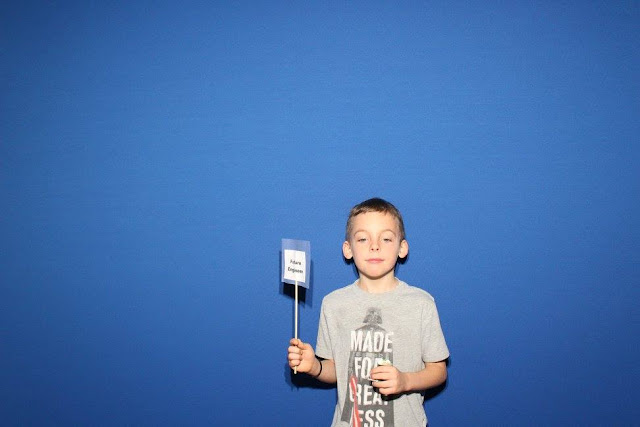 This is the face he makes when we ask him to "smile." 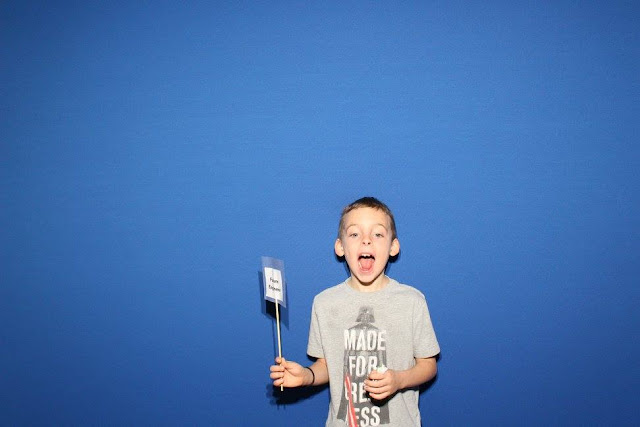 And this is Kyle just being Kyle. There might be some photographic evidence out there that I might this same kind of face. I guess the apple doesn't fall too far from the tree. And in case you can't read it, he's holding a sign that says "Future Engineer." He has been saying since he was 5 that he's going to be an engineer that builds flying cars.

Thanks for stopping by.
Talk soon.
Have a nice weekend.