on March 05, 2016
Prepare to have your senses elevated to stupendous status.

I have no idea how or why this video avoided me for this long, but we have finally had the pleasure of becoming acquainted. I know it's early in our relationship, but I think I am in love.
Lionel Richie + beer + the song "Hello" equals, well,  let my good friend Jeff Spicoli tell you:

What the hell does all this mean and why do I have a love affair with Lionel Richie is probably a question surfacing in your mind.
Well back in 1997, I purchased an blue Chevy S-10 that came equipped with a cassette deck. I eventually upgraded to a CD player, but before that happened it was just me and my tapes when I was driving my truck that eventually became known "Jorge." In 1997, cassette tapes weren't really the rage and everything was transitioning to CDs. I was also at my parent's home in Illinois for the summer before I would head back to Idaho for college and that meant most of my music was back at my fraternity.
One of the few choices I had for music was a Lionel Richie's greatest hits cassette tape and I played that thing until I had to do stuff like this: 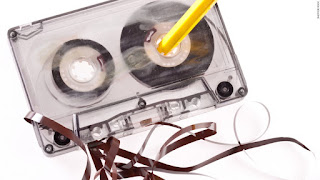 Basically I love Lionel and I love beer and this commercial makes me pretty happy.
Enjoy your evening. Thanks for swinging by.