What Did You Say?

on January 09, 2015
I look back fondly on my college days but I also wonder how in the heck did I survive them.
Some of the stuff I did was just dumb.
Ignorance is bliss I guess.
Me thinks the poor guardian angel that got assigned to Mr. Shife the College Years retired young after all of the overtime they worked keeping me out of harm's way.

Would you like to read an example?
I hope you nodded your head.
I was remembering a story of how me and a good buddy of mine took a little trip from Moscow, ID to Riggins, ID. 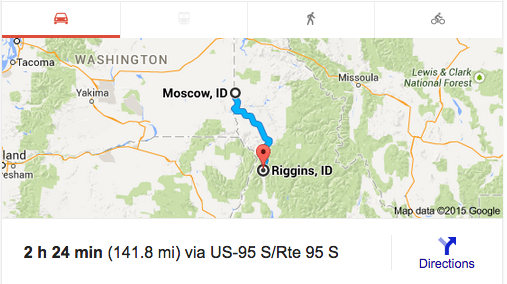 We headed south in my blue Chevy S-10 to pick up his truck.
I was driving and he was the passenger.
The end.
See I told you I was living la vida loca.

Where were we?
Oh yeah heading down south to pick up my buddy's truck.
I had taken a unintended sabbatical from driving because I lost my license right before I went to school at the University of Idaho in Moscow and never bothered to get a new one because:
A) Moscow was a small enough town that I could walk anywhere I needed to go.
B) I lived in a fraternity so it was never a problem getting a ride somewhere if necessary.
C) I'm a mechanophiliac and I had a bad break-up with my old car.
D) I made a promise that I wouldn't drive until I got my gum chewing under control. 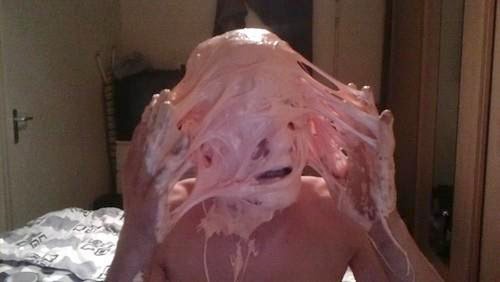 So let's just say it had been a few years since I operated one of those road vehicles that typically come with four wheels and are powered by an internal combustion engine. I wasn't a bad driver but a little rusty. And it didn't help that my truck had a manual transmission, which made the transition from pedestrian to licensed to drive a little rougher too.

What makes this story even more interesting or perhaps alarming is that I'm deaf in one ear and my friend has two eyeballs but only one of them work. I don't recall how he lost his eyesight but he had an accident when he was younger that left him with the one good eye.

Trust me this will make sense soon enough.

Let's get back on the road.

We are heading south on US 95, which is a two-lane highway that connects northern and southern Idaho, and affectionately known as a goat trail by the millions who have spent time on it.

Again these are much different times for me and my judgement, but my friend and I are were also enjoying an adult beverage or two while on our way to Riggins.

For those of you scoring at home, a less-than-confident slightly impaired driver with 1 good ear and a under the influence co-pilot with 1 good eye.

I think this is how country songs are made.

About halfway there, we got stuck behind a car.
I scanned ahead to see if there was a passing opportunity.
We were on the tail-end of long section of straight road that was about to become full of twists again. If we didn't pass now then we were going to be stuck behind this car for a long time.
I scanned again.
It looked good.
There was a semi-truck trailer heading the other way but I thought there was still enough time to pass this car.  However, since I wasn't completely confident in my driving abilities yet, I asked my buddy if he thought I could make it.
He took a look and said, "No!"
With the music cranked up and everything else going on I thought he said "Go!"
So I went.
Then I heard, "What the fuck are you doing, Shife?"
"I thought you said go," I yelled.
"I said NO!" he said.
"Damn it. Why did I ask a guy with one eye anyway?" I said.
"Damn it. Why did I answer a guy with a deaf ear?" he said.
"Oh SHIT!" we both said.

By now it was too late.
We were past the point of no return.
I pressed down on the gas pedal as far as it would go, I gripped the steering wheel as tight as I could and leaned back against the seat somehow hoping this would make the S-10 just a little more aerodynamic and faster so we did not end our days alive streak.

I'm sure we made a few of these faces as were speeding towards a possible head-on collision. 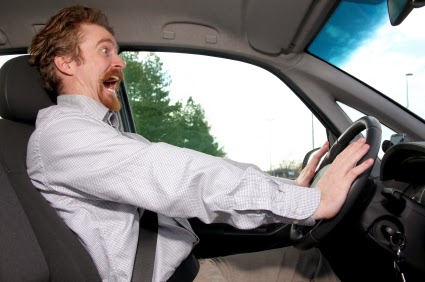 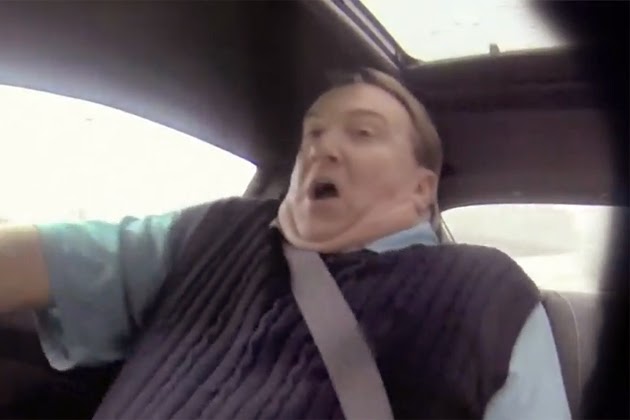 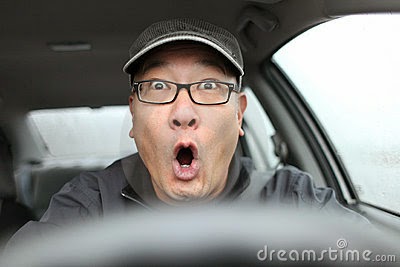 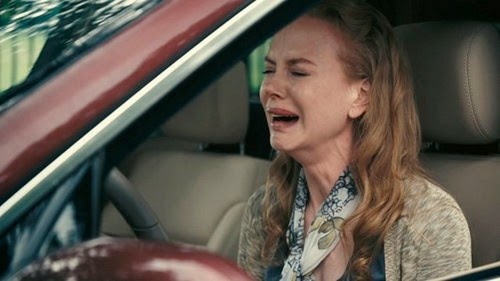 It's true. I look a lot like Nicole Kidman when I cry in the car.

It's  unbelievable how much you can get done in a few moments if you really put your mind to it.
I'm pretty sure my buddy and I dropped a 1,000 f-bombs, said several prayers, spilled a few beverages and almost ruined our underwear in under 10 seconds.

I don't know if the car we were passing slowed down or if the semi eased up a little bit or if the S-10 got a nice little nudge from my guardian angel but we passed the car and made it back over to our lane just in time.

I pulled over shortly afterwards to relax and also to make sure I did not deposit any fruit in my looms.

About 30 minutes later, my buddy and I had a nice laugh as we got stuck behind a car.
Yep. That same car.
But we decided not to pass it this time.


Have a great weekend.