on October 04, 2014
Hello there. How's your weekend going? Mine. Not too shabby. Thanks for asking.
Today I'm going to include an excerpt from Chapter 3, The Trials and Tribulations of a Rookie Dad. Hope you like it.
“Well, I was feeding my son and things were going well. He had a nice rhythm going and was just about done when his dad – that's me Mr. Shife – farted something fierce. It was bad. The fat basset howled, the neighborhood cat went blind, squirrels threw nuts at our house, the postman only rang once, and gay men quit buying Barbra Streisand albums (Do gay men still like Streisand?). It was that bad. Anyway, I tried not to gag when the little man coughed and choked. I had to pull the bottle out so he could breathe but kept coughing and choking because he just got big taste of Dad's ass sandwich. Poor kid almost starting bawling right on the spot. Eventually, the brown fog lifted and all was right in the Shifley household. Except for the underwear I was wearing. I had to burn those bastards.” 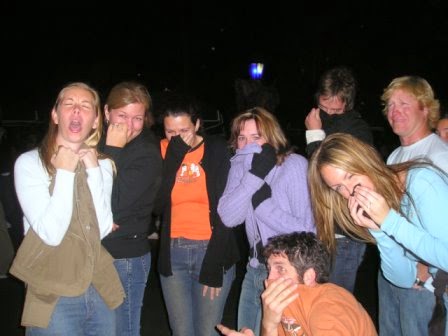