The Week That Was

on July 18, 2014
Sunday - Tank was smelling like burnt butt hair and shedding like crazy so we took him in for a grooming session at Petsmart. He's usually pretty excited to see me when I come pick up because he's been down there for about 4 hours but on this day he was especially glad to see my face. It was a nice boost to the ego but then when I saw his report card I knew why he was glad to get out of there: 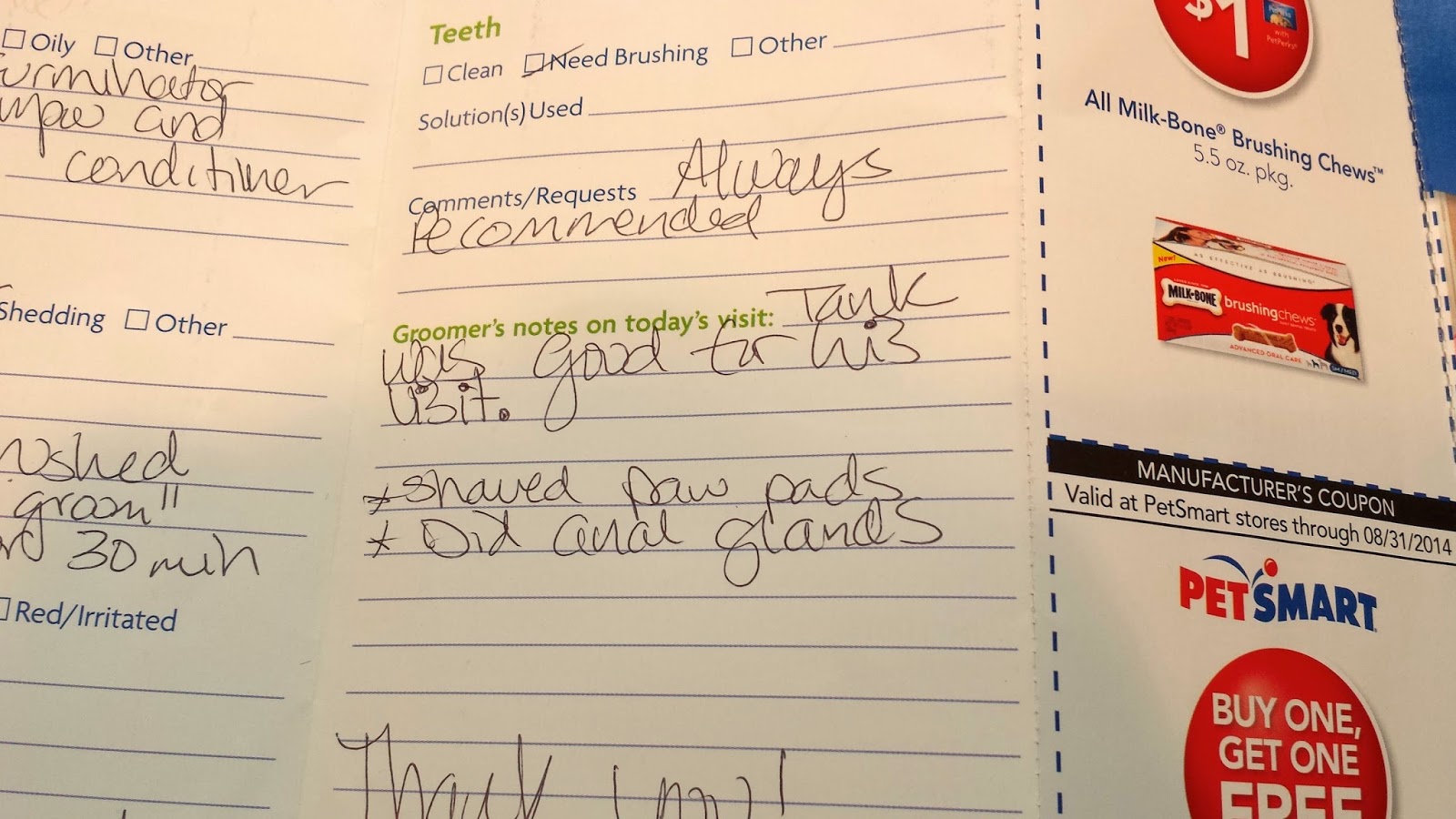 Sunday - Kyle and I went to an air show. We had a good time. A little warm but all in all it was fun. We got to go inside the cockpit of a B-29 Flying Fortress and Fifi (name of the plane) is the only one in the world that is still airworthy. I got a nice picture of Kyle standing next to it but then some dude wearing a Boise State shirt went and ruined the background. Going to have to crop him out. 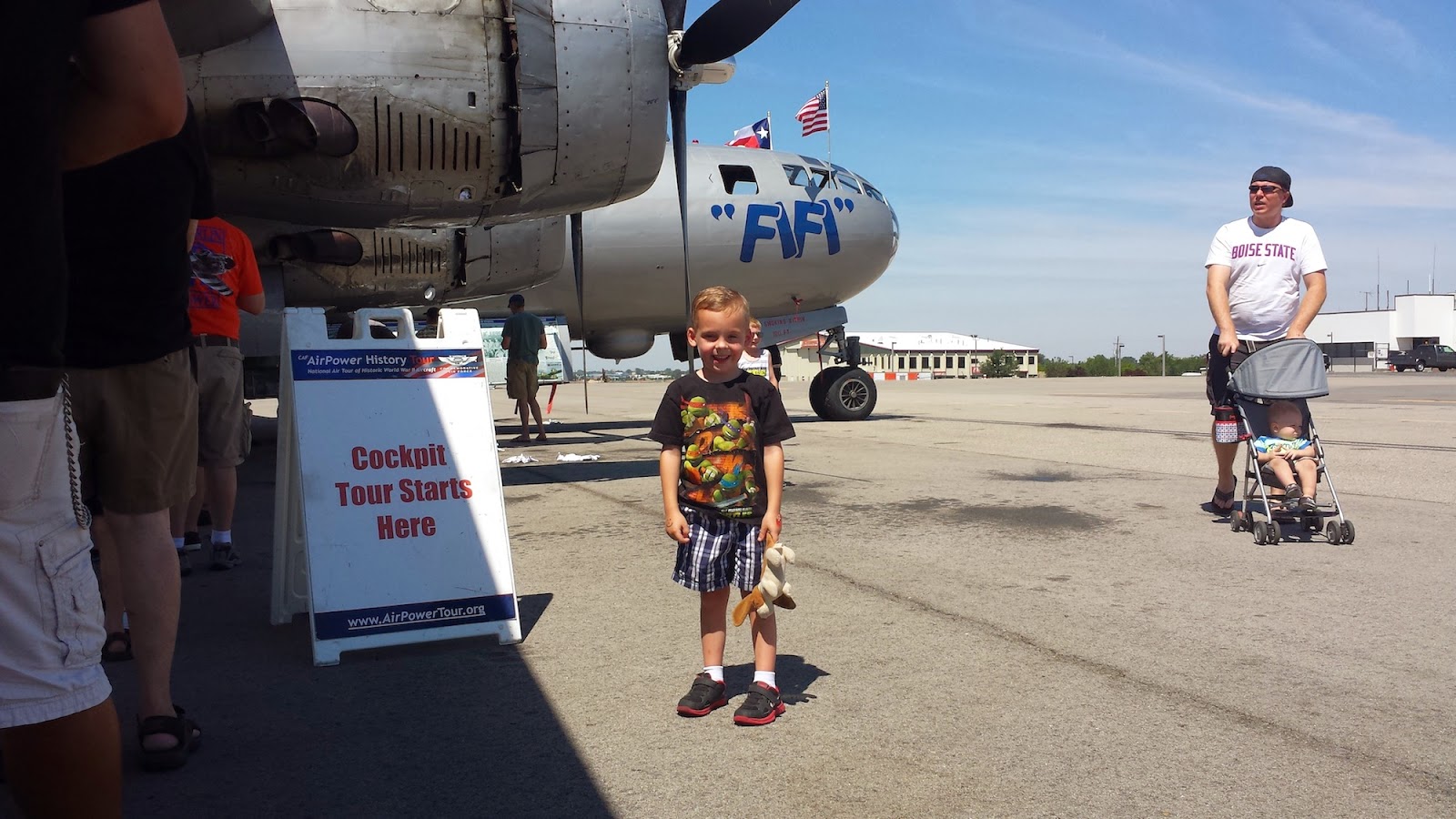 Monday - Weekend is over and sometimes it just feels like an accomplishment if you survive Monday. Well I did and concluded it by watching the finale of "24." I wish I could say it was a nice way to end the evening.

Tuesday - I went to Jamba Juice to pick up a snack while I was at work. I got talked into the Kale-ribbean Breeze and it looked like shit. Seriously a big pile of green baby poop scooped into a cup but if you got past the appearance it was not too shabby. Well since kale was one of the main ingredients I got a little paranoid that I was going to have kale in my teeth or on my lips. I mentioned this to one of of my co-workers by saying "I hope I don't have kale all over my face." She started laughing and then I did too because it dawned on me that we work with a guy named Cale so that phrase takes on a whole different meaning.

Wednesday - I took the kiddos bowling and Kyle broke triple digits for the first time. 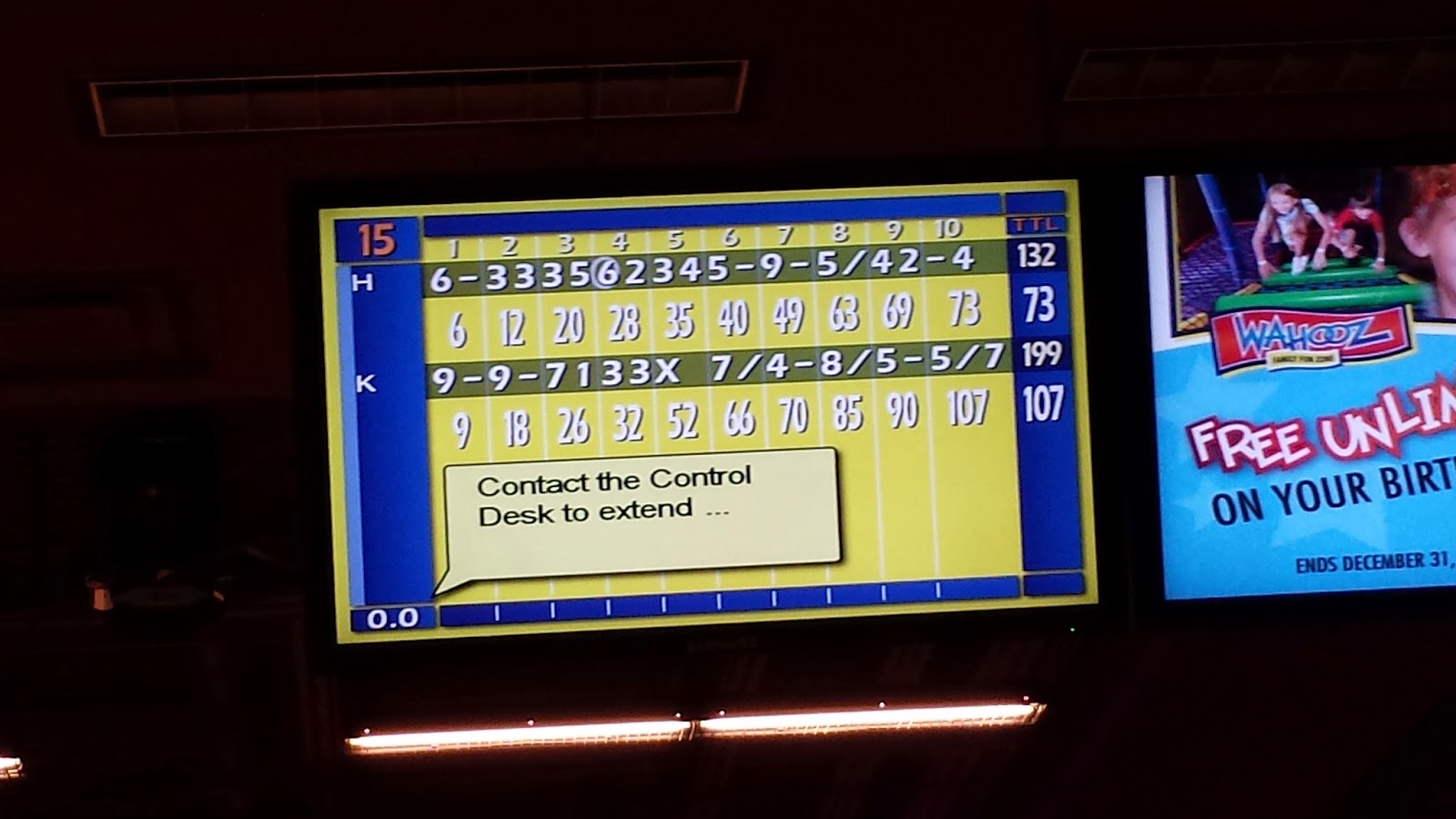 Thursday - It's been a long time since I talked about this but my book should be done by the end of the month. Some miscommunication and other problems occurred during the first efforts so I had to reach out to a new formatter and designer. The formatting is supposed to be done tonight and the cover hopefully wrapped up by this weekend. Once it's done I can start sharing more details about the release date and other goodies.

Here's a bonus pic. I was messing around with my camera while the kids were having fun at a giant play land and that little blur going down the slide is Kyle. Isn't it amazing how he can pull himself right back up? =)

Thanks for stopping by. Have a good weekend.