on June 27, 2014
--> We took our first trip of the year to the beach – which sounds kind of funny since we live in a landlocked state – but it's our version of the beach. Below is one of the pictures I took from our time there and it cracks me up because Kyle is running up the hill laughing his little butt off like he just did something rotten to the group of teenagers in the background. He was just giggling because he was having a water fight with Mrs. Shife and was getting his squirt gun to level the playing field but the picture might indicate something nefarious was going with the big guy. 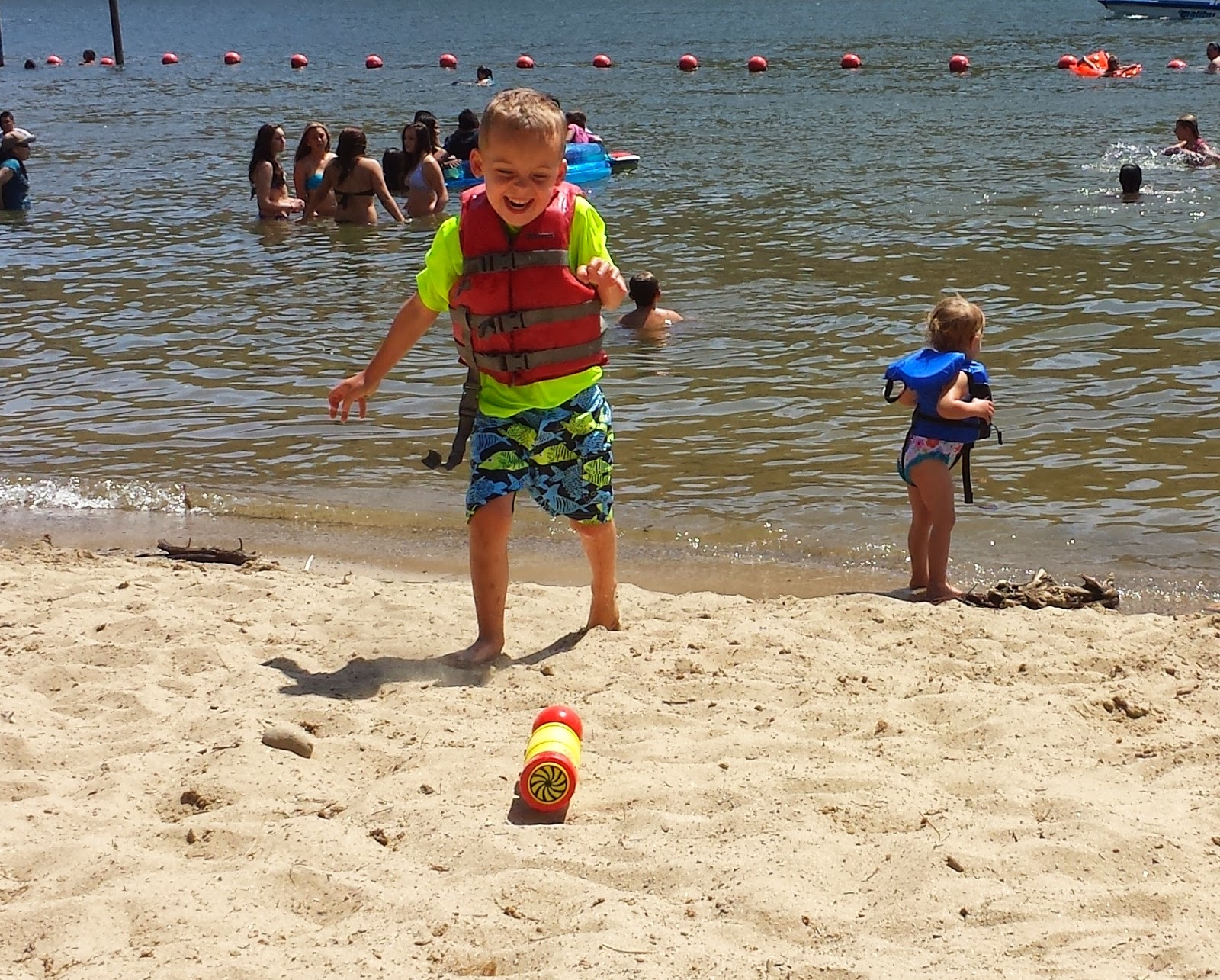 --> Do you have World Cup fever? I do and I don't think there's a cure. I can't remember when I have ever been this interested in men and balls. Well maybe that one time in college when I drank too much Jagermeister … I kid. I didn't even drink that night … I kid again. Go USA. Beat Belgium.
--> I don't know if you recall but I'm trying to get a 1,000 miles in this year on my feet. Well so far so good. The halfway point is July 2 and I only need 491 more miles to go.
--> Kyle started karate again after taking a short break. It's safe to say that Hayden really missed her brother. It's going to be a tough transition when he starts kindergarten this fall. 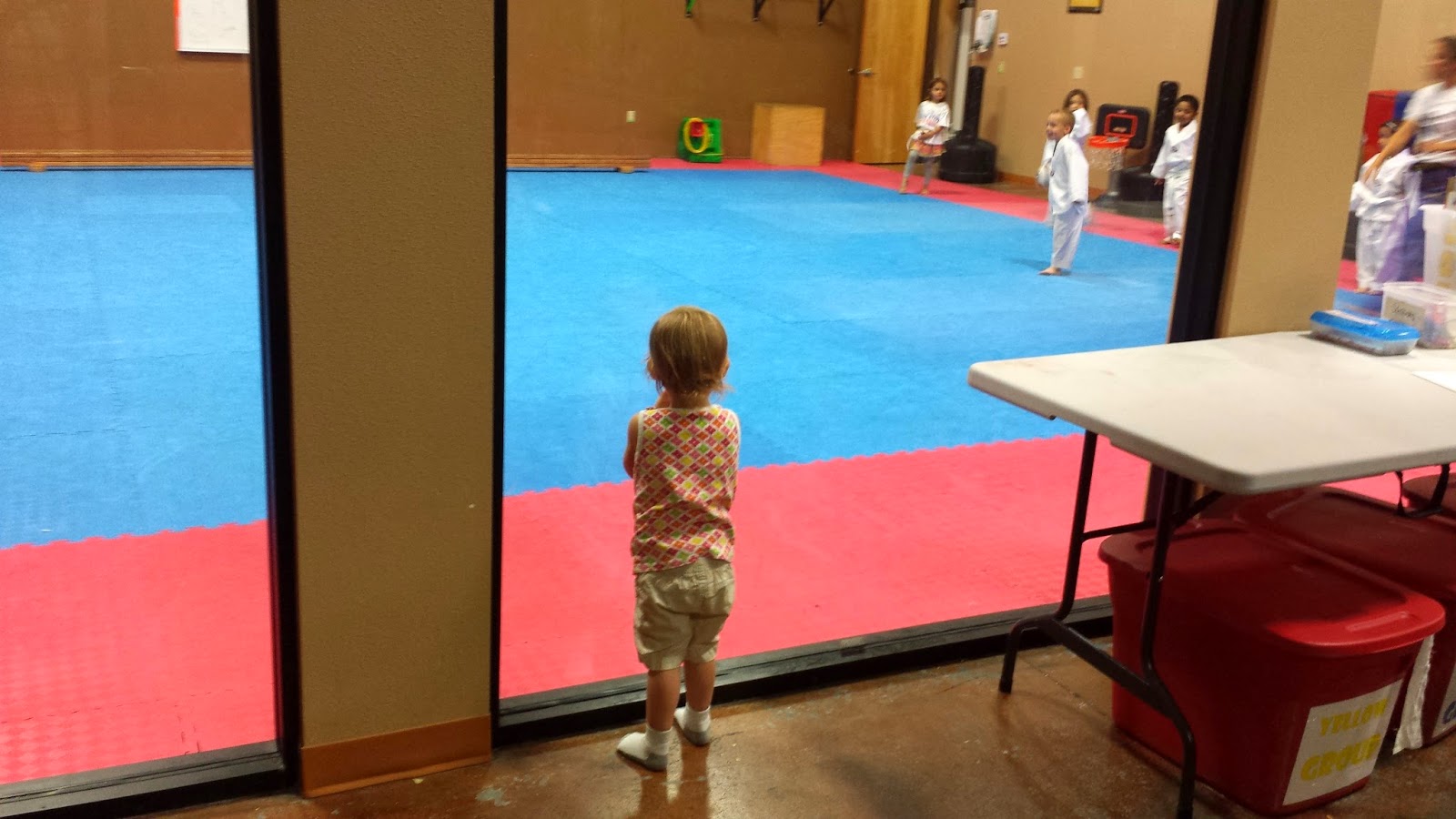 --> Came across this story about two monks who are on a journey. Sometime during their journey they stop at a clearing, and in the clearing is a stream. On the one side of the stream is a fair maiden trying to cross. The first monk without any hesitation picks up the fair maiden and carries her across and sets her down. The two monks carry on in silence. Sometime later on their journey they stop at another clearing. The second monks says to the first monk, "You picked up that maiden. Do you know it's against our beliefs and our religion to touch a person of the opposite sex?" The first monk says, "I set her down back there, but you carried her all the way here."
The moral of the story: Our failures are back there. We move on.
I liked it so I thought I would share as I'm definitely guilty of hanging onto stuff way too long.
--> Enjoy the Fourth of July. I'll be with family and friends so probably going to take a break from blogging next week.

Thanks for stopping by. Talk to you later.