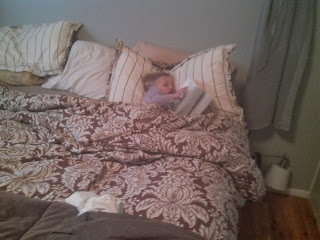 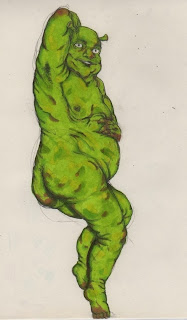 Jon said…
There's just something about really cold temperatures that just suck the life out of you. When I was writing my post last night, it was about 50 degrees. Definitely not the same thing you're dealing with.
12/13/2013

Ms. Moon said…
I woke up this morning to find the chicken waterers frozen over. Say what?
For our Friday night date nights, my husband and I used to go have drinks and then supper and then maybe dancing. Every Friday night. We talked and talked and had the best time.
Movies don't make for such good talking.
But...that worked for us. Maybe not for y'all.
Stay warm.
12/13/2013

kden said…
I ordered most of my gifts on line again this year; it's so less stressful. It's warming up around here, hope you're getting the same. And enjoy movie night!
12/13/2013

texlahoma said…
It's hard for us to deal with winter weather down here, we had freezing rain then snow, at least the electricity stayed on, Dallas wasn't so lucky.

Wait until Hayden is reading Out Of Control Parents - How to Manipulate Them.
12/13/2013

billy pilgrim said…
i'm debating whether or not to watch the sons of anarchy. loved season 1 but liked each following season a little less and i just watched pacific rim so i'm a little jaxed out.

have you and kyle had any dogfights with those remote control helicopters?
12/13/2013

Dr. Kenneth Noisewater said…
I think I would rather watch Shrek erotica than "Meet the Millers."
12/15/2013

You guys should see Catching Fire!

Valerie said…
I have no idea how I missed this post, Matt. Must be damned blogger again! It plays havoc with my blog roll. When it does work, it shows older posts instead of current ones ... duh!

Have to say I've done a lot of on-line shopping this year, and loved how relaxed it all was. I didn't see Santa anywhere but I guess him and the reindeer were overseeing the whole system.
12/18/2013