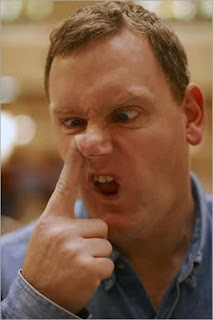 My blogging BFF Phats asked me to make some more football picks so I did. I am good at a lot of things like sleeping in, scratching myself, hanging out with my wang out, running with scissors, and sniffing glue but picking football games doesn’t make the list as you will see from the picks I made this week. A special thanks to my Uncle Jim Bob Jimmy Don for his inspiration.

Pro Games
Cleveland Browns at Minnesota Vikings
What do the Cleveland Browns and possums have in common? They both play dead at home and get killed on the road. Minnesota wins, 31-10.
Tampa Bay Bucs at New England Patriots
Tampa’s head coach Greg Schiano seat is hotter than two rats humping in a wool sock in August in Kansas City, and it’s not going to get any better after paying a visit to New England. New England wins, 35-13.
Chicago Bears at Pittsburgh Steelers
As my Uncle Jim Bob Jimmy Don would say, “I would have to be drunker than Cooter Brown to pick the Steelers.” Nobody wants Uncle Jim Bob Jimmy Don to get that liquored up. Trust me. Chicago wins, 20-10.
St Louis Rams at Dallas Cowboys
My Uncle Jim Bob Jimmy Don also liked to say “I’m shaking like a hound dog trying to crap out a peach pit.” He was a weird dude. So what does that have to do with my pick? Nothing. I just wanted to use that phrase. Dallas wins, 31-24.
Arizona Cardinals at New Orleans Saints
Did I mention my Uncle Jim Bob Jimmy Don? Well he doesn’t exist and neither does the chance of the Cardinals picking up a win in the Big Easy. New Orleans wins, 34-21.
College Games
Kent State Golden Flashes at Penn State Nittany Lions
Well now that you know the truth about my Uncle Jim Bob Jimmy Don then I must also confess that I have a soft spot in my heart for the Golden Flashes because they have such an awesome nickname but that will be the only battle Kent State will win today. Penn State wins, 41-9.
West Virginia Mountaineers at Maryland Terrapins
Is a pig’s butt pork? Yes. Does a bear poop in the woods? Yes. Does a one-legged duck swim in circles? Yes. Will West Virginia win this game? No. Maryland wins, 28-24.

Missouri Tigers at Indiana Hoosiers
Why are rectal thermometers banned at the University of Indiana? They cause too much brain damage! Go Mizzou!! Missouri wins, 38-10.

North Carolina Tar Heels at Georgia Tech Yellow Jackets
It’s time to rely on the wonderful advice of my fictitious Uncle Jim Bob Jimmy Don once again: “North Carolina’s defense is going to be busier than a one-armed bus driver with crabs.” Georgina Tech wins, 68-50.
Tennessee Volunteers at Florida Gators
Albert Einstein went to a party and asked people their I.Q. He asked a guy and he said,"120.” Einstein said, "Great, we can talk about nuclear fission.” Then he asked a girl and she said,"110" and he said "Great, we can talk about the angle of the worlds axis." Finally he went up to a guy and he said,"51" and einstein said,"How bout them Vols!" Florida wins, 27-13.
Kansas State Wildcats at Texas Longhorns
Knock, Knock!
Who's there?
Cash.
Cash who?
No thanks, but I’ll take a peanut instead.
And Texas will take another home loss, 42-24.

South Dakota State Jackrabbits at Nebraska Cornhuskers
Nebraska fans certainly aren’t too happy about the beatdown they got last week from UCLA, and that mood didn’t improve when a recording was posted on Deadspin, in which Nebraska head coach Bo Pelini said he didn’t care what the fans think. If Nebraska doesn’t win this week then Pelini is going to care a lot about the fans because they are going to run him out of the state. Nebraska wins, 49-7.
Texas State Bobcats at Texas Tech Red Raiders
Why do Texas State students have TGIF on their shoes? Toes Go In First! Texas Tech wins, 45-28.

Boise State Broncos at Fresno State Bulldogs
Uncle Jim Bob Jimmy Don loved to tell this joke: You're trapped in a room with an angry grizzly bear, a hungry lion, and a Boise State fan. You have a gun with two bullets. What should you do? Shoot the BSU fan … twice. Fresno State wins, 28-27.
Colorado State Rams at Alabama Crimson Tide
Start drinking early Colorado State fans because this game is going to be so ugly that it is going to make onions cry. It is going to be so ugly that it will scare the roaches away. It is going to be so ugly that if it sat in the sand on the beach, cats would try to bury it. You get the idea. Alabama wins, 56-10.
Clemson Tigers at NC State Wolfpack
What do you think Uncle Jim Bob Jimmy Don? “If excuses was gooses we would all have a Happy Thanksgiving.” No excuses Clemson, just beat Moo U. Clemson wins, 27-17.
Idaho Vandals at Washington State Cougars
Should I go to the well one more time and ask my Uncle Jim Bob Jimmy Don what he thinks about this game? Nope. This one is on me. I went to school at Idaho and they had decent football teams. That's not the case anymore. Vandal football fans have an inferiority complex, and it’s fully justified because our football team stinks. You would think that we live and learn, but we, we just live. Vandal football is living proof that manure can sprout legs walk. Washington State wins, 45-17.

Finally here's a picture of the kiddos. I told them if they didn't smile I would make them watch the Vandal game. 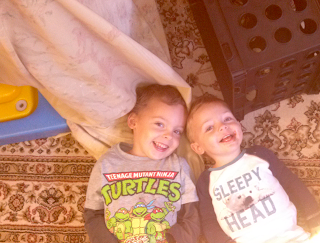