on September 13, 2013
The cursor has been taunting me for the past 7 days.
Just sitting there on my screen.
Blinking at me.
Or maybe the cursor is flashing me like a perv in a trenchcoat.
Is it blinking or flashing?
Anyway the blinking or flashing cursor seems like it's just waiting for me to write something substantial. Trust me I'm trying.
All the stuff I think I should write about just feels like there isn't enough that's worth an entire blog post or maybe my motivation isn't there to develop it.
In no particular order, this is what I have thought about writing this week:

So is there any topic you would like me to expand upon?
Have yourself a very merry weekend, and here is a photo of my two kiddos. Kyle and Hayden were not quite on the same page when I told them to smile. 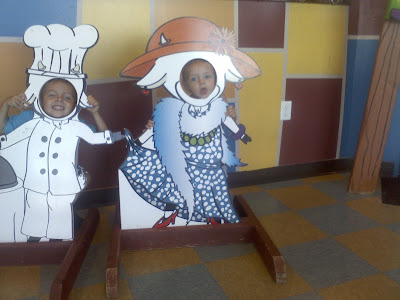