The Week That Was

on August 02, 2013
Sunday – Hayden is one tough girl. We were at the playground and my poor little darling got stung by three wasps while she was trying to go down the slide. I had to run up there and save her because those winged fuckers would not leave her alone. She was not happy and her poor little face swelled up from the bites. With all the rough housing she does with Kyle, boys better beware because if they mess with her she isn't going to put up with it.

Monday – The second half of my softball season got under way, and I have about zero percent motivation. Maybe because I am getting older or maybe because it is hotter than a billy goat's ass in a jalapeño pepper patch. Not sure why but hopefully my enthusiasm will return.

Tuesday - Hayden is 20-months-old and she is starting to string together a few words. Well she melted this guy's heart when she uttered,"I wuv you." It is pretty awesome being her daddy.

Wednesday - Like I mentioned it has been really hot in Boise. I can't run outside unless I want to spontaneously combust and from what I have heard there isn't much upside to that so I have to run on the treadmill at the gym. Not a big fan of having to log my miles on a treadmill so I bring the Kindle to entertain myself by watching something on Netflix. Well the gym's Internet was down today so no movies for me. My only viewing options were to watch stuff we had saved to the Kindle which consisted of Dora the Explorer, Diego, Chuggington, and Mike the Knight. For those of you who do not live with a 4-year-old, those are all cartoons for little people. I actually tried to watch some of Kyle's cartoons to help keep me busy while I ran but I couldn't do it because it felt weird and they are cartoons for my 4-year-old. I will be downloading some adult shows in case another running emergency happens at the gym.

Thursday - The kids have been crazier than a pack of dogs at a hubcap factory lately so we took them to a place called Jump Time to wear them down. It is an indoor trampoline park where children run around like psychopaths and parents sit around like lumps of clay that have been beaten to submission by their offspring. Actually Kyle and Hayden were great and it was so much fun watching them play on the trampolines, jump into the foam pits, and slide down the bounce houses. After everyone was sufficiently worn out, we had dinner at Red Robin. It was a good day.

Friday - Road trip. We loaded up the car and took a Sunday drive on a Friday. We had no destination in mind and ended up at place called Black Canyon Park. It was by the Payette River and had a beach with a roped-off swimming area so we spent our afternoon there. It was nice to get out of the city for a little bit, enjoy some sunshine, and watch the kiddos play in the water. Here are a few pics from the excursion: 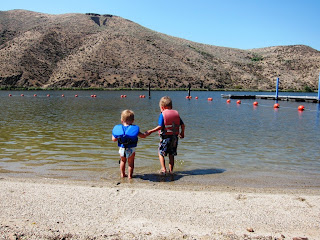 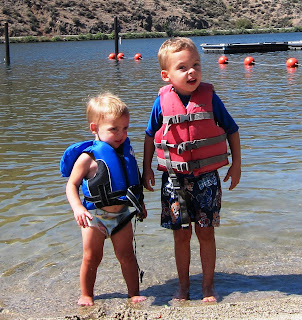 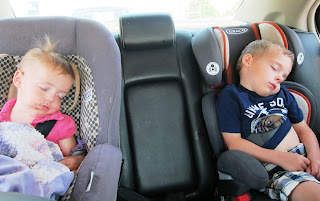 I am ending the day by enjoying some Sam Adams Octoberfest and grateful that I have such a wonderful family.


So how was your week? Hope it was a good one too.


P.S. I forgot to mention happy anniversary to me. 11 years ago I quit chewing tobacco. It was the hardest habit I ever had to break but I am so glad I did it. It took me about 50 times before I finally got over the hump to stop doing it but I did. So yay me.