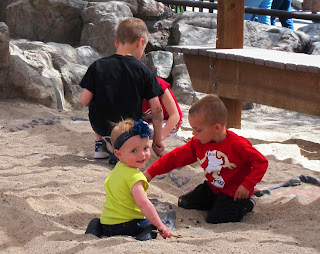 Hayden and Kyle doing some digging in the sand box.  Well it is only Kyle digging
as Hayden took time out to pose for the camera.