on March 05, 2013
I don't know what is going on today but I am just dragging butt. I got enough sleep last night. Plenty of caffeine. Just really low energy and not a lot of motivation to do much of anything. Maybe it was taking both of the kids to Costco today or maybe on day 1,435 of being a parent you get the magical gift of feeling like a beaten pinata. I sure hope day 1,436 is a lot better because this sluggish feeling can suck it. So to recap I feel like this guy: 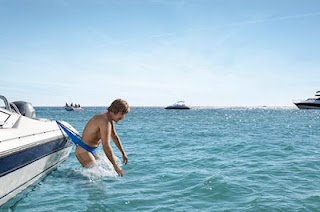 And I also feel like the kids have been hammering away at me all day like an unmerciful toilet paper gun:

So here is a joke to end this blog post on a good note and to a better day tomorrow:
An older man had met a younger woman, but unfortunately he was unable to last very long before he would orgasm during sex. A caring man, he was concerned that he was disappointing his new lover,so he called his doctor for advice. The doc told him that masturbating before sex often helped men last longer during the act. The man decided, "What the hell, I'll try it." He spent the rest of the day thinking about where to do it. He couldn't do it in his office. He thought about the restroom, but that was too open. He considered an alley, but figured that was too unsafe. Finally, he realized his solution. On his way home, he pulled his truck over on the side of the highway. He got out and crawled underneath as if he was examining the truck. Satisfied with the privacy, he undid his pants and started to masturbate. He closed his eyes and thought of his lover. As he grew closer to orgasm, he felt a quick tug at the bottom of his pants. Not wanting to lose his mental fantasy or the orgasm, he kept his eyes shut and replied, "What?" He heard, "This is the police. What the hell are you doing?" The man replied, "I'm checking out the rear axle, it's busted." The cop says, "Well, you better check your brakes too, because your truck rolled down the hill 5 minutes ago.