on March 20, 2013
I have talked about many things on this blog.
Ambushed paddingtons? Check.
Purple vibrators? Check.
Best titles for midget Westerns? Check.
Tossing my underwear to Eddie Van Halen? Check.

But I was surprised to learn that I have never done a Top 10 favorite movie list. I love movies and I love lists, so what the heck happened? I am not sure but thanks to Jay Noel for today's inspiration.
Granted some of these films will not be on some people's favorite list but that is what makes us unique and individuals. So what do you think of my list? What are some of your favorite movies? 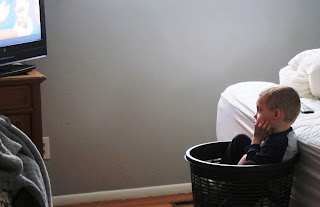 I wonder if Kyle will love movies as much as me, and I also wonder how much longer he will watch his cartoons in my laundry basket?