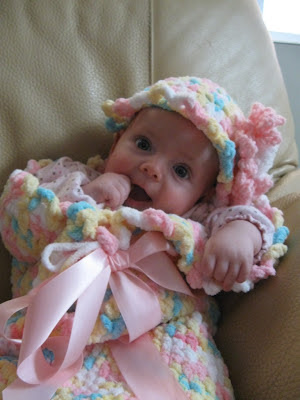 I had this picture up briefly yesterday on the blog but then I remembered I needed it for today since I had to promote Hayden and her being 4-months-old.
I will persevere. I will keep moving forward. I will be the stream.