Arbitrary Deductions from a Slightly Skeptical Human Being

on October 07, 2010
The title is just another way of saying Random Acts of Shifeness. Actually I didn't want to cheapen your blog experience by using the same blog post title from last week. Yep that is how I roll.
Well that is all folks. Have a good weekend, and remember to think before you drink. That's right you should think about adding a couple of shots of Jagermeister to your order because you really want to wake up naked in your neighbor's fountain-like Japanese maple. Do it. 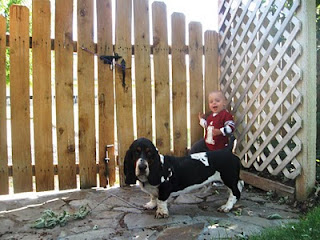 A picture of the boys trying to convince the parental units that it is time to go to the playground. Baby Shife is saying "Out" if you look closely at the picture.