on April 23, 2010
My last day as a 39-year-old dude, and looking back at everything it has been a pretty good ride so far. My Mom kind of imprinted upon me not to have any regrets, and I can't say I don't have any but they are not ones that keep me up at night. I might wish that I had children sooner or made that Motley Crue concert in high school, but like I said I am not losing sleep over that. The regrets I am talking about are ones like going to film school or following your heart. Those were my choices after graduating college: Film school in Nashville or listening to my gut and seeing where a relationship might take me. Well I heard my gut loud and clear, and it has taken me on my current journey. I thought that Mrs. Shife was pretty special and she was worth sticking around for and they rest they say is history. What would have happened if I went to film school? Who knows, but I don't think about it because I made the right decision. I chose the love of my life and so far, so good.

So turning 40, am I where I thought I would be? Yes and no. Married with a child and a fat basset? Yes. Did I think I would be a stay-at-home Dad? No. But that is why life is unexpected and full of twist and turns you don't see coming. Getting laid off before Baby Shife was born was hard to deal with because I never experienced that before and I felt like a failure, but it ultimately turned out to be a blessing in disguise. Mrs. Shife and I looked at the scenarios and realized me staying at home with our boy was a pretty good option. It definitely took some adjusting getting used to my new "career" but in the long run I know we made the right decision. Baby Shife's happiness and well-being are always the most important things and I can wait a few more years before I re-enter the land of cubicles, redundant meetings, and soul-sucking commutes. Plus my boss is really, really cool. 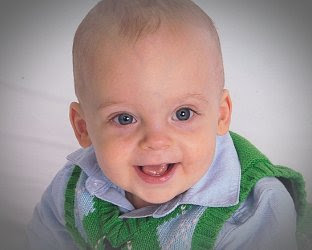