on October 20, 2009
September 1 – Baby Shife got to go to his first birthday party today. He got groped by a 1-year-old but he took it all in stride like he knows he is a ladies man. Pass the Courvoisier.

September 2 – Baby Shife tried rice cereal yesterday and we tried it again today. It was fun feeding him and watching him make a huge mess. The fat basset enjoyed it as well because he got some of the leftovers that didn’t quite make it to Baby Shife's mouth. This might be the event that unites baby and Quincy.

September 5 – Baby Shife went to his first college football game as we went to the Wazzu home opener and watched them play Stanford. He had a good time and was a good baby.

September 7 – Headed back home today and there was only was visit from the mud butt fairy, but he was not happy camper when we got back to the house and tried to put him to bed. He was pretty fussy for about 2 hours before he finally calmed down.

September 10 – Just love feeding him his rice cereal. Whoever said it is the little things must of have kids. Feel so blessed to have a beautiful baby boy.

September 11 – Baby Shife went through the car wash and it did not enjoy the experience. A little too loud for him. I also bought a Wii today and I sure hope kids are still playing them when he is older. He also got his Aunt a nice birthday present

September 12 – On the road to Salt Lake City to watch a MLS game. Mrs. Shife and Baby Shife watched the first half and then headed back to the hotel. They were both tired after a long day but the game was a lot of fun. Really cool stadium and Baby Shife handled it well.

September 13 – Back home after our trip to Salt Lake City. Baby Shife got to watch a little bit of the football Cardinals play today and it looks like the same old Cardinals. I hope he doesn’t have to wait as long as I did to see his favorite NFL team make it to the Super Bowl.

September 14 – He is getting so close to crawling. Baby Shife can move backwards, and he gets his butt up in the air then gets up on all fours but can’t get the motor moving forward. But he is pretty darn close to becoming a mobile baby.

September 16 – Baby Shife tried out sweet potatoes today and didn’t care for them too much.

September 17 – Baby Shife made another appearance at Mommy’s office and brought productivity to a stand still.

September 18 – Going back to the Palouse but this time it will only take an hour. It sure is nice to fly to Moscow instead of driving. Hope Baby Shife will enjoy his second plane ride as much as his first one.

September 19 – Baby Shife’s first Vandal game and it was a good one. He had a good time because he got kisses from a 3-year-old girl the whole game. And Idaho won too.

September 23 – He is getting so active and developing a little personality. It is like trying to herd a wet cat sometimes when I am changing his diaper.

September 24 – Some days it is being a parent, and then some days you feel like you have no idea what you are doing. Yesterday he ate great, took nice naps, and was a happy baby. Today he is the exact opposite of that previous sentence.

September 25 – Our 5-year-anniversay and it is hard to believe we would be so blessed with a wonderful little man.

September 26 – Baby Shife supposedly ate “organic” sweet potatoes this week and boy oh boy did they produce some not so "organic" farts. The kid was dropping bombs like a veteran. And then when the farts decided to transform into a solid mass. Really nice Clark. Really nice. I think his room is going to smell for weeks after that crap burger he dropped in his Huggies.

September 29 – We are having a heck of a time keeping Baby Shife idle while we change his diaper. He just moves around and around and does not want to sit still. I am thinking we might have to strap him down with duct tape just to get a new mud butt holder on him.

And your weekly photo fix: 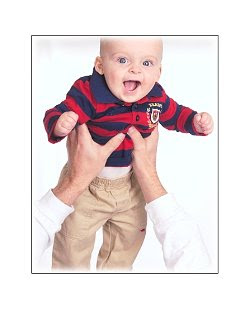