on September 08, 2009
Sorry it has taken me a little longer than usual to get my weekly update posted but I have been busy putting away my white thongs for the season. I don't want to get busted by the fashion police.
So how was your long weekend? Mine was pretty good. Thanks for asking.
The Shifley family heading north for a football game and to visit family. All in all the little man was good, and the baby boy wasn't too bad either. And the mud butt fairy only visited Baby Shife once during the car ride so that was nice.
The highlight of our weekend was taking Baby Shife to his first college football game. I admit I was a little nervous seeing how he would handle being surrounded by 23,000 screaming football fans. But, and I might be a tad biased, he did awesome.
However don't take my word for it. They say a picture is worth a thousand words so I will let you see how much fun he had, and plus I think my fingers might get a little tired if I had to type a thousand words. 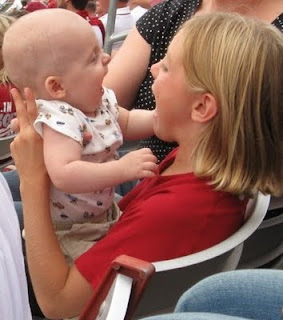 Spending some quality time with his cousin 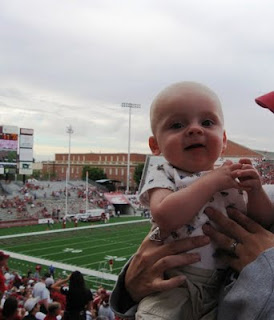 He might be cheering or filling up his diaper 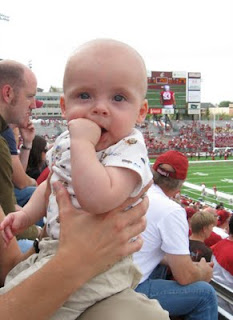 Thumbs always taste better after you have been tailgating 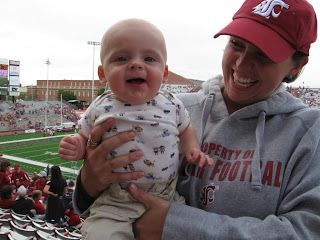 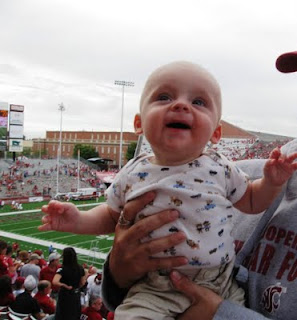 I think he spotted the beer vendor 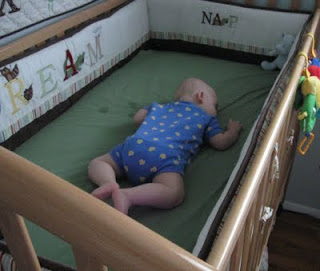 I hope everyone had a great weekend and the short week is kind and swift to you. Baby Shife needs to get plenty of rest because next weekend he will be going to a Major League Soccer game in Salt Lake City.
Take care and see you in 7 days.