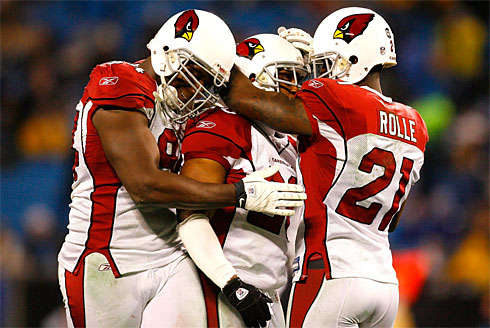 I know some of you may not care that much but about football but something has happened that I have waited my whole life for. Literally I have waited my whole life for this.
The Arizona Cardinals are in the NFC Championship game.
The Cardinals have never been to the NFC Championship game.
Never. Ever.
If you look up synonyms of ineptitude it will say Arizona Cardinals.
I have been a fan of this dysfunctional franchise since I was born. I didn't have much of a choice. I was born in St. Louis and Mom threw me in a pair of Cardinal pajamas and the rest they say is history.
This team has broke my heart and boiled my blood more times than I care to remember.
Every now and then they have a good year but for the most part they stink.
Before this year they had not hosted a playoff game since 1947. The last time they were in the playoffs was in 1998, and before that they made the playoffs in 1982 when they still called St. Louis home.
I always joked that the only time the Cardinals are good is when I play them on Playstation or when I watch "Jerry Maguire."
So my team has made me very happy. If this is a dream please do not wake me and if some how they make it to the Super Bowl the drinks are on me.