on March 20, 2008
As most of you know the greatest sporting event ever begins today – March Madness.
I have had World Cup Fever, World Series Hysteria, Super Bowl Frenzy, and a nasty case of crabs, but none of them can compete with the NCAA Tournament. People become whackos and nutbars with their brackets. But you know what? The March Madness fruitcakes have nothing on this list of some of the more “interesting” types of fetishes that exist.

And since I have a played a doctor in the bedroom before I think I am qualified to say that these folks are bat shit insane.

Dacryphilia: sexual pleasure in eliciting tears from others or oneself.
I have definitely shed some tears for some of my friends when I have seen what they brought home from the bars at 2 in the morning, but it did not make me hot.

Emetophilia: sexual attraction to vomiting.
These people have to be color blind and have no sense of smell. I mean really WTF? You get growth in the bathing suit area from this. Yuck.

Formicophilia: sexual attraction to smaller animals, insects, etc. crawling on parts of the body.
The itsy bitsy spider
Crawled up the pervert’s chest
Up went his weiner
And his underpant’s navy was all over her breast

Somnophilia: sexual arousal from sleeping or unconscious people.
I believe this is where wiener mustaches got their start.

Telephone scatologia: being sexually aroused by making obscene phone calls to strangers.
Caller: Hello! Is your refrigerator running?
Receiver: Yes, it is.
Caller: Then you'd better go catch it before it gets away!
Yeah, that’s hot!!
I think if you get Oliver Klozoff with that one you are one lucky dude.

Trichophilia: sexual arousal from hair.
I wonder if this picture is a spread from the Trichophilia’s monthly magazine, Hairy Hotter 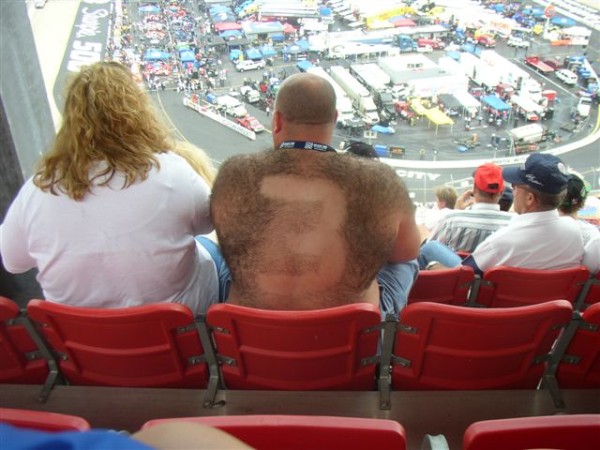 Urolagnia: sexual attraction to urine, including urinating in public, urinating on others, and being urinated on by others.
First off, whoever gets their rocks off on this is nuttier than a squirrel’s breakfast. But I would like to see how hot they are after visiting the men’s restroom after a Michigan home football game. Large groups of men who have been drinking lots of alcohol piss like blindfolded monkeys. The stuff is everywhere. Never, ever wear flip flops in a place like that.